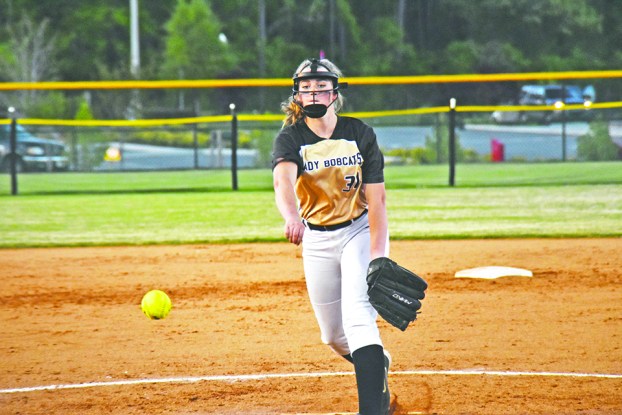 TROY — Beulah started its regional tournament run with a bang.

The Bobcats tallied 13 hits and 11 RBIs on the way to a 14-0 victory against Fultondale in their regional opener. The game was stopped after Fultondale couldn’t score a run after the Bobcats opened up the sixth inning with seven runs of their own.

“Everybody was having a good day,” Beulah head coach Allison Aikens said. “We were able to play cleanly in the field, our bats really came alive and they got some clean hits early in the game, which started our momentum for us and it rolled from there.”

In the second scenario, however, the Bobcats gave up 13 hits. American Christian Academy defeated Beulah by a final of 8-1.

“To be honest, in that game I thought we still played well, although we got beat and gave up the hits, they were earned runs and they just hit the crap out of the ball,” Aikens said. “They’re one of the top teams in the state and they just have really good players.”

Beulah resumed playing the next day against Gordo. In the matchup, the Bobcats’ season ended quickly in a 16-0 loss that was stopped after the top of the third inning. Gordo allowed zero Beulah hits in the effort.

“It definitely wasn’t our best game of the season or the best game of that tournament, but it was great to still be playing on Saturday when a lot of the other schools already finished up and had gone home,” Aikens said. “We had a couple of errors there in the first inning or two and they capitalized on it and we just couldn’t come back.”

Beulah ended the season three games over .500 at 13-10. The Bobcats also accomplished the preseason goal of “getting off the boat” and making it to the South Central Regional for a fourth consecutive season.

“I’m really pleased with the way the year turned out,” Aikens said. “At the beginning of the season, I wasn’t quite sure how it was going to go. We graduated six starters from last year, I knew there were a lot of players who were going to have to step up and the girls knew that, too. They seemed to get better from day one. They never let up, they never quit fighting. This team had a lot of heart. We were down some games five or six runs and we were able to come back and win some of those.”

Many of softball players from Beulah are multi-sport athletes, Aiken said, and are now getting a quick break before resuming practices with the softball team and/or other sports over the summer.