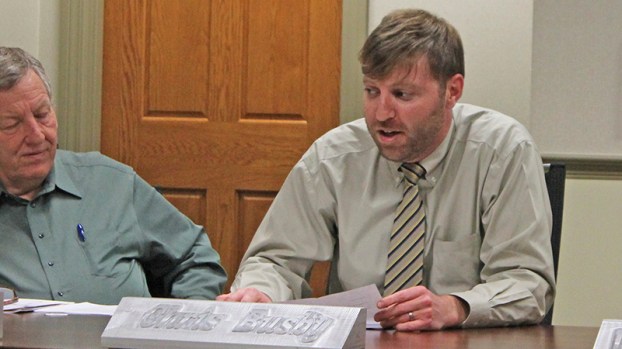 Busby resigns from Chambers County Board of Education

His resignation comes after he and his family moved to a new residence within Chambers County. Since his new address is outside of District 2, he said the decision to resign was out of his, the board, and Superintendent Dr. Kelli Hodge’s hands.

“We looked at ways around it, but there is a [rule] that says once you move out of your district, you can no longer hold the position,” Busby said at Wednesday night’s board meeting. “I really wanted to stay and serve it out, and I am still in the county … just out of that zone.”

Busby sent a letter of resignation to Hodge on Tuesday and the board, verbally reluctant to do so, unanimously voted to approve his resignation at their meeting Wednesday.

“I am heartbroken that he is leaving,” Hodge said. “Chris has brought different experience than anybody else has, and it was a good fit to fill the gaps. He brought knowledge and a lot of motivation.”

After the board’s vote, members took turns expressing their disdain over his departure and wishing him luck in the future.

“I want to thank you for serving,” said District 4 Member Mary Terry. “It’s not easy to step out and serve your community, and that’s what you have done. I appreciate your willingness to do that.”

Although he is ending his two-year term on the board of education, Busby still holds his position with the development authority and said he plans to stay involved with the schools as much as he can.

“I am going to be here as a resource for whatever they need,” he said. “The school district is a huge part of what we do [at the Development Authority], and you’ve got to have an education system in order to recruit people and businesses. The only thing that is going to change in terms of my involvement is that I’m not going to be sitting behind that table voting on decisions.”

Busby said that he feels confident the board is in good hands without him and that his experience has left him with a newfound respect for the work the school system does.

As for his replacement, Hodge said that the board has 30 days to appoint a new representative of District 2 before the state superintendent steps in. To do so, the school board will be accepting letters of interest from people within the district before the end of the month.

Hodge said that those interested in serving on the Chambers County Board of Education should send their letters of interest to district6@chambersk12.org before Jan. 28 at noon.