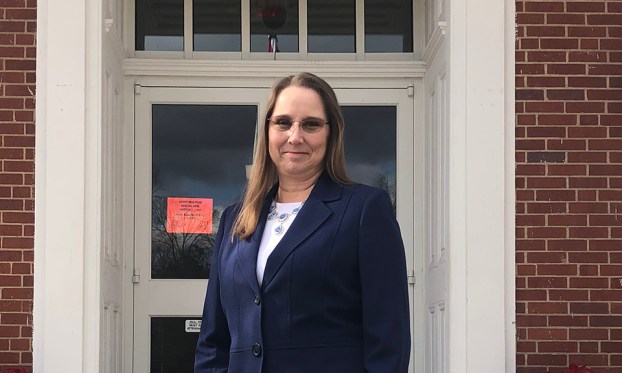 Ashe’s career based on desire to help children

For Valley High School Principal Sherry Ashe, life has always been an adventure.

Being a part of a military family meant moving around often as she grew up.

However, it was her love for her children that eventually led her to Chambers County.

Ashe said she needed to find a good place to raise her children and found that in the Greater Valley Area.

Many years ago, she was working in janitorial sales but noticed the lack of skill in sentence structure, spelling and in the creation of resumes; all things she knew she could help with. What started as a desire to help people learn basic skills became motivation to pursue a degree in education.

After pondering her future, Ashe decided she wanted to pursue an administrative position.

“During my time teaching, I was trying to determine what I wanted to do. I thought about being a librarian, but I’m not really a quiet person. However, what I really enjoy doing is looking at the big picture and trying to orchestrate things from there,” she said when asked about her motive behind her career move.

After determining she could make a greater impact at a higher level, Ashe decided to go back to school for administration. She began her administration career as assistant principal in Wilcox County in Southwest Alabama. She worked there for a year, and then moved to Valley High School in 2012 where she continued her career as assistant principal.

In 2016, she was promoted to principal, where she remains today. She believes that being principal has made a huge impact on her life.

“One of the main lessons this job has taught me is that everyone needs compassion,” Ashe said. “I already knew that, but in this job, you see the bigger picture. I have the ability to see how deep a need is somewhere. I can see where a person comes from, how troubled a child is and what they have been through.”

Not only is the job as a principal impactful, but it also calls for long hours.

In addition to her passion for education, Ashe exhibits a deep passion for animals, as well as kids.

“I believe kids today are growing up in a rough time,” she said. “I think there is a lot of negativity, and we have to try and keep them from that, because the world is not a bad place.”

She said the the administrators and faculty at Valley High are working hard to build a personal relationship with each child at the school.

“Relationships within the school are important. It is important that every kid feels like they have someone they can go to if needed,” Ashe said.