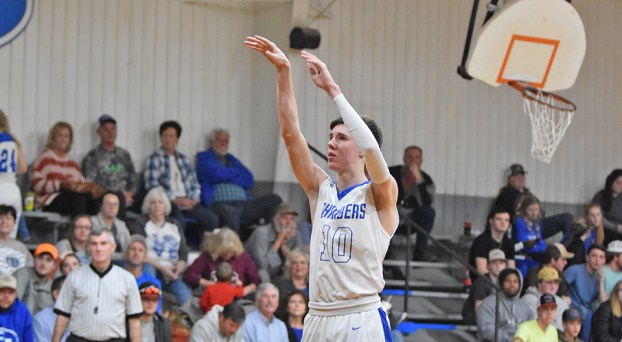 LaFAYETTE — The Chambers Academy boys and girls basketball teams are both the No. 1 seeds in the AISA Class A brackets.

On Monday morning, the girls team faces No. 2 Wilcox. Tip-off is scheduled for 9 a.m. CST. The Lady Rebels have finished this season strong after experiencing a mid-season slump. The team is led by forwards Tate Reese and Brittany Stephens.

An hour and a half later that morning, the boys team also faces No. 2 Wilcox. The Rebels finished area play at 15-5 as the area champions. Sophomore guard Payton Allen has led the way for the Rebels as the leading scorer, putting up multiple 40+ point performances this season. Austin Sluter and Raphe Daniel have also been forces for the Rebels in the post, often taking turns leading the team in rebounding. Senior Colton Hand has been one of the team’s primary shooting targets, while Rodricqus Dark runs the show at the point guard position.

Last season, the Rebels were a surprise team in the final four with a 6-14 overall record entering the state semifinal. This year, the Chambers Academy boys have been the convincing better team most nights against their opponents. The team has put itself in a position to have a first-round bye in the state tournament. The addition of Daniel, along with the growth and maturity of the returning corps with Allen, Hand and Dark have all played roles in the Rebels’ improvement this season.

Both the girls and boys games will be played at the Montgomery Multiplex on Monday morning. If the girls win, then the Lady Rebels return to the court next Thursday to face the winner of Sparta and Evangel at noon CST. If the boys win, then the Rebels return to the Multiplex on Thursday as well to face the winner of Sparta and Abbeville at 1:30 p.m. CST.