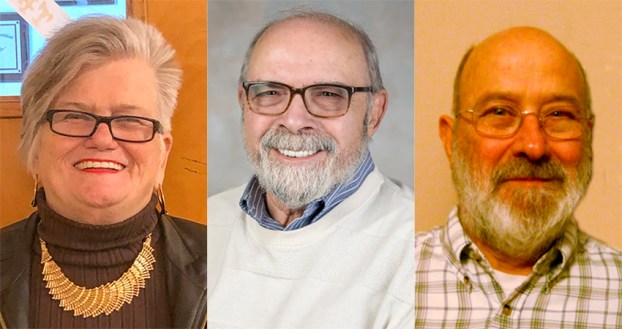 LaFAYETTE — The makeup of the LaFayette City Council will change Tuesday night when one of three residents will be elected to represent District B.

The individuals on the ballot are Charlotte Blasingame, David Ennis and Shannon Hunter.

Blasingame, who said she would have an open policy if elected, said Monday she’s encouraging everybody to get out and vote.

“I am looking forward to the election and hopefully, it will turn out in my favor,” she said.

She said she feels confident heading into Tuesday, but nevertheless, she wanted to thank the people who supported her, win or lose.

“I tried to touch base with everybody in my district,” she said. “I feel like I’ve done everything I can do, and now it’s in the hands of the Lord.”

Blasingame was LaFayette Barry Moody’s pick in August when the seat became vacant, but the council decided there should be an election.

David Ennis, former mayor and city councilman, said there’s not much more to say at this point. He’s done all he could to spread his message.

“I want people to make the right choice based on their judgement,” he said. “I’m good with it either way.”

Shannon Hunter has been handing out flying for months to strengthen his campaign, but also to get people out to vote.

“I encourage people to vote. If they want to vote for me fine, but the important thing is that they make their voice heard,” he said. “There could be about 100 votes, so a couple votes could mean the difference.”

Hunter said his principal reasons for running for city council are to be an effective representation of the citizens of District B and to improve communication between city government and the people.

The candidates are vying for the seat left vacant by former LaFayette mayor and city councilman Mathew Hurst. He resigned June 25 to take a job in another city.

When Hurst resigned, Davidson said the council had 60 days to appoint somebody but couldn’t come to a consensus.

In August, six candidates expressed interest for the job. Ennis, Hunter and Blasingame were interested along with Merilyn Vines, president of the Vines Funeral Home, Nell Finley and Brad Shaver. None of the final three had filed for candidacy as of Tuesday afternoon. Vines said she will not be running for the seat.

At the Aug. 13 council meeting, Mayor Barry Moody narrowed down his selection to Ennis and Blasingame. He said Ennis left the city in strong financial shape when he decided to get out of politics and Blasingame ran a solid race against Hurst in 2016.