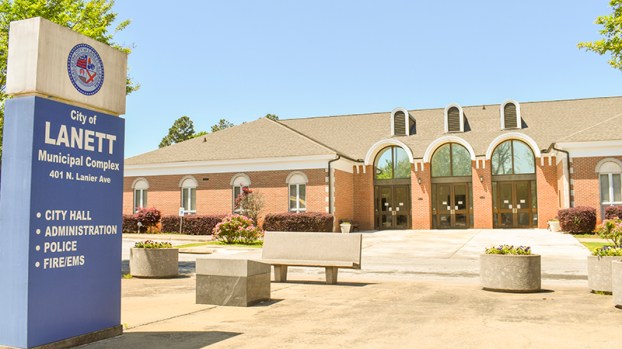 The Lanett City Council and Mayor Kyle McCoy discussed raises for the mayor and council at Monday night’s meeting. The proposed raises would become effective in October 2020. --Dustin Duncan

LANETT — The mayor and city council members in Lanett haven’t received a pay raise since February 1988, but that could be about to change.

In a unanimous vote on Monday evening, the first reading of an ordinance was held that would, if approved in May, significantly increase the pay the mayor and council members receive. The proposed pay raises would become effective in October 2020 or after the next municipal election.

Under the proposal, the mayor’s salary would jump from $350 a month to $1,500 a month and council member salaries would rise from $200 a month to $700 a month. Council members who attain certified municipal officer status from the state will be paid an additional $50 per month, with the chance to earn $50 more per month with advanced certification.

Mayor Kyle McCoy said these increases will have Lanett in line with what similar-sized cities are paying their elected officials.

This signals that Lanett is not looking to hire a full-time city manager to take care of the day-to-day operations of the city. McCoy said hiring a city manager would cost the city $125,000 a year. McCoy said that he typically spends from 25 to 30 hours a week in the mayor’s office, taking care of city business. That’s time away from his normal job at Johnson, Caldwell and McCoy.

“I’m proud of what we have done here the past two-and-a-half years. I really am,” McCoy said. “We have gotten a lot of streets paved over that time. The Lanier Avenue project is looking good, and we’ve gotten a lot of new equipment for our departments. We have new police cars, a new fire truck, a new ambulance, a bucket truck for the electrical department and a mini excavator. We will be doing more paving this year, and we’ll continue with the streetscape project. We’re now working on the drainage on North Lanier Avenue. That’s been a bad problem for years, especially after heavy rains.”

McCoy said he was pleased with the work being completed by the Cemetery and Grounds Department. They’ve been working between the highway and the Lanett Mill site.

McCoy has also promised to get the unsightly mill site cleaned up in the not-too-distant future.

Concrete pipes that are some 30 inches in diameter are now being placed under North Lanier to rapidly direct water from the street during downpours. Sections of the street have been closed while the work is going on. The pipes under the street near Superior Gas have been there since 1952 and haven’t gotten much attention since then.

In another pay-related action, the council voted to equalize the pay between police officers and firefighters, which will lead to firefighters earning $1 more per hour.

The council approved a resolution to partner with the Chambers County Development Authority for a zero-interest free capital fund loan from the Alabama Municipal Electric Authority (AMEA) on an economic development project for the city.

The plan is currently known as Project Miller.

“This is going to be good news for our city,” said Council Member Tony Malone.

The council agreed to swap some land with Better Rentals, LLC. The city will be giving up a lot it owns on North 18th Street in favor of some land owned by Better Rentals across from city hall on North 5th Street.

The council also voted to enter into a legal action to collect an estimated $58,000 in sewage fees the city said have not been paid by Norbord Alabama Inc. The city says the money has been owed since the beginning of the year. The Huguley Water Authority provides water to the Norbord plant and Lanett provides sewer service. The sewage fee is based on how much water the plant receives.

Norbord contends that it doesn’t owe a sewer fee, since the water it receives is either consumed or emitted from the plant as steam.

The council approved a Class I lounge retail liquor license for Club 23, located at 1601 19th Street SW and owned by Michael Woody. Woody was present at the meeting and thanked the council for their vote to approve the request.