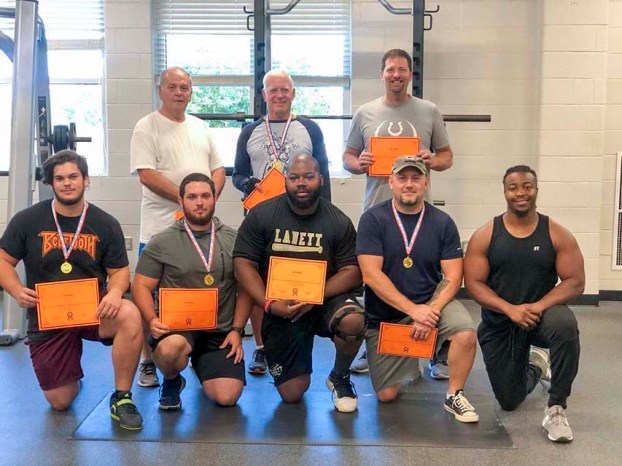 submitted | Times-News together: Winners of the deadlift competition at the Valley Community Center this past weekend pose for a picture with fitness manager Torrance Rudd.

VALLEY — The fitness program at the Valley Community Center is moving ahead at full steam heading into fall.

“The deadlift was great,” Valley fitness manager Torrance Rudd said. “It was a great experience, especially leading up to the juniors.”

Next up for Rudd and the community center is the department’s first iron man triathlon. Throughout the month of September beginning on Sept. 3, contestants will have to swim 166 laps, bike 112 miles and run 26.2 miles. One swimming lap is counted for every time a contestant goes to one end and comes back, and 150 laps equal out to 4,150 yards. Non-members can also join the triathlon for a $25 fee charge. The male and female winners of the challenge will win a year-long free membership at the community center.

The two latest events join the center’s first bench press competition that occurred this past summer. The competitions spur from the former football player, Rudd, himself, who’s now been working at the community center for over a year now.

“We’re actually doing more than what most community centers do,” Rudd said. “When this building was built, it was not even intended for this. They didn’t know that people would be that interested in exercising. We just had the basketball court, upstairs track and swimming pool. We had a machine weight room. We’ve added all of these extra things [to the weight room] because of all of the interest that people have shown to get in shape and live a healthier life.

“Coming from an athletic background, what I have seen is that people who have dwindled down from working out have started working out just to train for these competitions. It’s sparking an interest in people to make them want to get back in shape. With the triathlon, we have people who used to bike and now want to come around back to it, people who used to swim that want to get back into it for the triathlon. Overall, we’re trying to produce zeal and a want for people to get back in shape and take care of themselves.”

The community center has grown into a growing part of residents throughout the Greater Valley Area recently, and Rudd said that he hopes it continues to trend in the right direction.

“I’m excited about it,” he said. “So many people, especially older people, have such a big interest in exercising and staying in shape. That’s what really makes me proud because in the bench press and deadlift competitions, we had guys competing up to 80-years-old, and they were pretty much competing with themselves. They wanted to do it, and that was very exciting to me.” 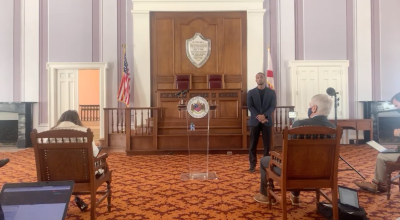 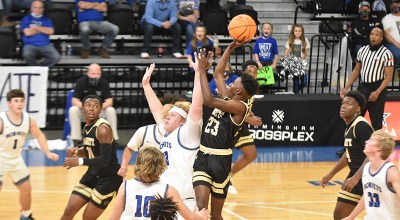 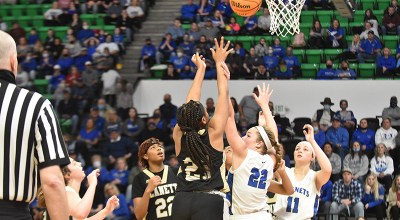