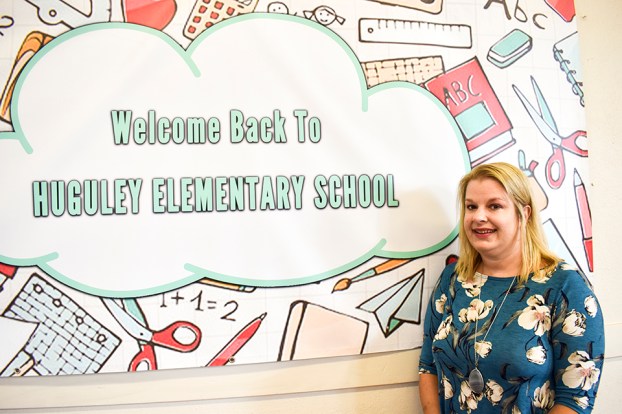 Hudmon takes over as principal at Huguley Elementary

HUGULEY — Misty Hudmon is no stranger to the Chambers County School District but she is taking on a new role in 2019.

Hudmon was hired as the principal of Hughley Elementary School after 20 years in the district — 10 years as a third-grade teacher at Fairfax Elementary and 10 more as a reading specialist at Fairfax.

“I wanted to finish as an administrator, so I can reach more kids and have a greater impact,” she said.

Hudmon also isn’t a stranger to Huguley as she was a student from second to sixth grade and was a long-term substitute teacher for six months before she started her full-time teaching career.

Her philosophy as principal is to provide a safe place for students.

“So that they can feel secure enough to be themselves and therefore gain the confidence to work through their educational journey,” Hudmon said.

She said many students have a hard-enough time navigating through elementary school with distractions in the home.

“No matter their background, we want them to feel safe and lived, and until that happened, you can’t instill the curriculum that you need to,” Hudmon said.

She said she wants to make learning fun because many time students are learning that way, and they don’t even realize it. She said by engaging students in a fun environment, it helps with shorter attention spans brought on by technology.

Hudmon said there’s no question that technology has changed the way everybody teachers in the past 10-15 years. Now, the Chambers County School District student has a Chromebook, iPad or iPad Mini in the classroom.

“It is very important for these kids because whatever job they get, there will be a piece of technology, whether it be computers, phone systems or applications. We are trying to incorporate much of that in our instruction,” Hudmon said.

“All the testing is done on the computer, so students need to be comfortable,” she said. “We are trying to manage them, by learning their user names and passwords and keeping up the different websites.”

The goal is to be at least three to four points better than last year on state tests.

“Our scores were good last year, but we want to make them better,” she said. “We are really concentrating our efforts in K-2 to make sure our kids are reading as on grade level as much as possible.”

She said that effort is to ensure that by the time the students are in third grade, they have to start testing.

As for leading a staff, she said it starts with respect between her and the rest of the teachers at Huguley Elementary.

“It is my same philosophy as with kids, if you treat them with respect, most of the time they’ll do the same,” she said.

She said she also leads by example, like at Tuesday’s open house to welcome parents, she was decorating the room along with other teachers.

“It lets them know, I’m not going to ask you to do anything I’m not willing to do myself,” Hudmon said.

The new principal plans to continue Huguley Elementary’s tradition of throwing parties for positive behavior. However, this year she wants everybody to get in on the fun. She wants to throw a party at the beginning of the year, and at the end, so students are encouraged to behave well.

Students and staff will be assigned to a team and as the staff witnesses a student behaving well or going the extra mile for another student, they will get a point. The team with the most points gets a big party at the end of the year.

Lastly, Hudmon said the Huguley Student Government Association will host a can drive at Thanksgiving with the Christian Service Center and at Christmas, there will be a cold-weather clothes drive.