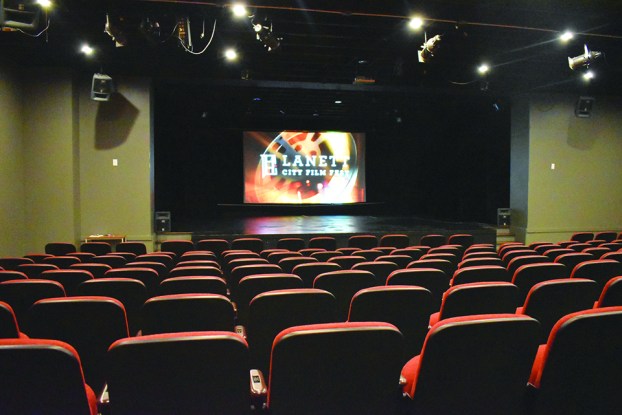 LANETT — The City of Lanett will be home to the screening of 70 films at three venues this weekend during the Lanett City Film Fest.

Starting at 6 p.m. Friday, the New Horizon Theatre in West Point will screen “Treasure We Find” to kick off the festival. The majority of the films are considered “short films,” meaning they have a total run-time between 3 minutes and 45 minutes. There are four “feature films,” which means they have a run-time of more than 50 minutes.

The other venues include Lanett City Hall and the Jane K. Farrar Event Center in downtown Lanett.

On Saturday, films will begin screening at 10 a.m. at all three venues.

“Our citizens always benefit when people become aware of everything Lanett has to offer,” he said in a news release. “The festival helps to highlight the wonderful businesses and opportunities available in our city and surrounding areas.”

According to a news release from festival organizers, the select films that will be presented during the festival include narrative shorts, documentaries, student films and features. Artists created many of the films selected in Alabama and Southern Georgia.

Films entered into the festival are eligible for multiple awards, with the City of Lanett Award to be voted on by the audience. Categories include the Best Feature Film, the Best Short Film, Best Documentary, Best Documentary Short, Best Actor and Best Actress.

15 Down is a narrative short film about three generations of an Asian-American family growing old and growing up under the same roof in Alabama, according to the Allison Hayhurst.

“15 Down is inspired by my relationship with my maternal grandmother,” she said. “She came to live with us when I was a teen, and this script is a reflection on the time we shared. Her presence had a great influence on my life, and I am so grateful that I had the opportunity to learn from her. We are ecstatic to bring 15 Down to the audiences that inspired the story.”

The filmmakers will be in attendance Friday night, and Allison Hayhurst is excited to share the film in her home state.

“With this festival especially because it is a smaller story, so it is great to share it with local people they have similar experiences,” she said.

The 15-minute film was shot over four days in June 2018 in Huntsville.

“We are just really looking forward to bring the story back to Alabama,” Mike Hayhurst said. “It takes a village to make anything, so the more we can network with people around the state and country, it is a great opportunity and privilege for us.”

Another filmmaker, Shara Ashley Zeiger, is screening a film “The Red Lotus.” She wrote the 19-minute film, produced it and played one of the title characters. The film is about women’s reproductive rights, but it doesn’t take a specific point of view.

“To play in places like Lanett, it is awesome because I want to bring it to a place that needs to have that conversation,” she said. “It creates a subject matter where people need to have a conversation with a family member because they are on a different side of a political view.”

Zeiger said she wants to create art to inspire conversations.

“The Red Lotus” is a story about two sisters who go on a journey together, and through extraordinary circumstances, they come to see each other, Zeiger said.

“They may not agree with each other,” she said. “They are on two separate sides of a political issue, but they come to understand each other.”

Zeiger said if people can’t see each other and understand opposing views, the individuals won’t be able to have conversations about anything.

Another hope of Zeiger is to find investors when showing her film throughout the country. She said she has a feature version of the story but needs monetary help to realize the project.

Tickets are available by the day or as a full-weekend pass. Tickets for Friday viewings are $5, and Saturday is $10. A full festival ticket can be purchased for a discounted price of $12, allowing access to events throughout the entire weekend. For more information, to buy tickets, or to view trailers from the films, visit www.lanettfilmfestival.com.