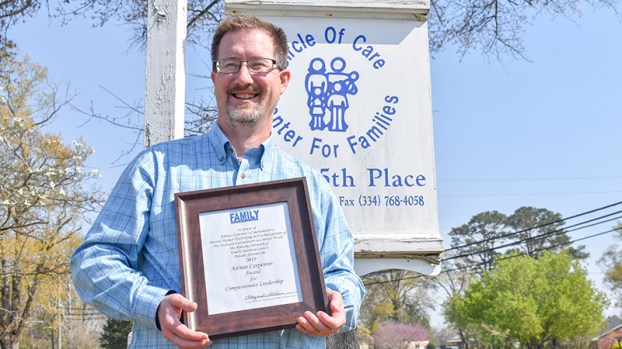 VALLEY — The Renew Hope Initiative is collecting gift cards throughout August to provide support to a human trafficking organization in Huntsville.

Adrian Carpenter, Renew Hope coordinator, said the organization will collect cards for any business, including Amazon, Walmart, Target and any other major business and deliver them in September to Safe Harbor Youth.

According to Renew Hope, Safe Harbor Youth is a transitional living program for individuals ages 16 through 22, who are victims of human trafficking.

“It is hard to find shelters that take that age range,” Carpenter said. “Usually, when somebody is about 16, they are in the foster care system and any older than that, they are considered adults.”

According to Safe Harbor’s website, the transitional program offers a variety of services to help each youth obtain the skills they need to go on to live independent and productive lives.

“Residents learn social, living, work, and home skills to prepare them for their future independence,” the website reads. “They are given assistance in finishing their education and finding employment. By setting expectations of accountability, action, house responsibilities, and personal growth initiatives, Safe Harbor Youth helps foster an environment of excellence and individual productivity.”

Carpenter said the organization’s executive director, Lynn Caffery is a human trafficking survivor, who has worked her way through the company to become its leader.

“Part of our overall goal, was to raise awareness in human trafficking along the I-85 corridor and then provide training to service providers in the community, and in addition, we wanted to be connected to other organizations beyond Chambers County,” Carpenter said.

Last year, Renew Hope collected supplies for Wellhouse, a human trafficking shelter in Birmingham and people donated so many items, it became tough to deliver everything.

“It was a great problem to have, but we almost had to make two trips to Birmingham,” Carpenter said.

This year, he met the staff at Safe Harbor during a human trafficking summit in Montgomery and had the idea to deliver gift cards instead of physical items. He said it cuts down on Safe Harbor’s need to store physical items and it gives them the freedom to use the funds how they would like.

“This allows them to get what they need when they need it,” he said.

“Until we get to that point, we want to be able to support those organizations that are,” he said.