Locals lead Dadeville to runner up finish in Dixie… 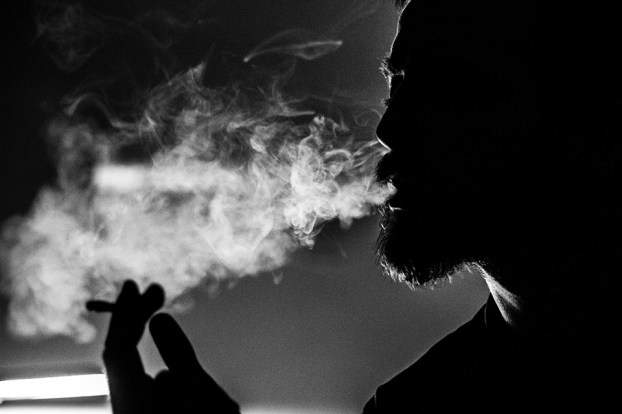 The use of e-cigarettes in high schools has swept the country and has even hit home in the Greater Valley Area, according to one superintendent.

Dr. Kelli Hodge, Chambers County School District superintendent, said the e-cigarette wave stared a few years ago but reached more students when a company named JUUL started making a version of an e-cigarette that looks like a flash drive.

“They have become very popular with kids,” Hodge said. “They are very easy to hide because they look like computer thumb drives.”

She said the problem in Chambers County is mostly at the high school level, which is similar to the issue across the county.

“It is really becoming an epidemic across the country,” Hodge said.

She said education could be the key to teaching not only students about the harmful effects of e-cigarette usage but also reaching the parents to know what to look for. Additionally, Hodge said students aren’t just using vape devices for nicotine but also synthetic marijuana.

In February, the Chambers County School District sent out a training video to all staff in the district to explain what these substances are.

In the training video obtained by the Valley Times-News, Sgt. Chris Swickard, a school resource officer in Chesterton, Indiana, said one of most attractive parts of vaping for students are the names and flavors of juices inserted in the e-cigarette.

The juices, otherwise known as e-juices or e-liquids, are stored in the tanks of the e-cigarettes and are heated by an atomizer. They are also sold separately from the e-cigarette. The juices come in different flavors such as Rice Krispies, Fruity Pebbles Donut or other fruit flavors.

Additionally, he said one “pod,” which is what the juices are called within its packaging, is equivalent to smoking 20 regular cigarettes.

“When they are hitting this all day long, they are getting addicted,” Swickard said in the video.

He said one person will bring it into the school, and five or six students will share it in the bathroom. It’s harder to detect as well because it’s not like regular cigarette smoke. There is no odor and the cloud of vapor will dissipate within seconds.

Another problem schools are facing are students using the device in class while a teacher’s back is turned and blowing the vapor down the front of a sweatshirt or into their sleeves. Swickard said educators need to be aware of students wearing sweatshirts when it is 90-plus degrees outside because those students could be using the e-cigarette in the classroom.

Hodge said another problem educators face is that students are finding creative ways to hide the devices. She said if a teacher has a suspicion of an e-cigarette, they can inform an administrator who can ask the student to empty their pockets or backpacks.

However, she said students have learned to make holes in the seams of their pants and backpacks because they know teachers aren’t going to look through their clothes. In the training video, Swickard said students, especially female students, will hide the devices in their waistbands, bras and underwear because the school won’t check there, either.

“It is not about nicotine and tobacco — it’s about drug use,” she said.

In the training video, Swickard said the vape pens used with synthetic marijuana are about the same size as a pencil and the vapor from the pen is a sweet smell rather than a marijuana odor.

Additionally, Swickard said in the video that the synthetic drug has about a 99.8 percent THC level, which is much higher than typical cannabis. He told educators that kids are ordering the drugs online, and it is being sent to their house.

Hodge said there have been a few instances of synthetic marijuana usage in vape pens at Chambers County. She said if it contains synthetic marijuana, it is treated as a Class III offense, which is an automatic suspension and the second offense can put the student up for expulsion.

If a student is caught with an e-cigarette, there is a progressive punishment cycle. First, the student’s parents are called, and there is a conference with the school, according to the district’s Code of Conduct.

However, Hodge said the punishment isn’t going to change the behavior.

“It is more about educating,” she said. “We are going to have to find a way to better educate our parents and the population in general.”

Hodge said it is now a point of emphasis for administrators to look for devices.

Lanett Interim Superintendent Jennifer Boyd told the Valley Times-News that there hasn’t been much of a problem at Lanett High School with possession of e-cigarettes. However, the district has tried to get in front of the issue.

“We have taken a proactive approach by updating our policy to specifically address use and/or possession of e-cigarettes, vapes, vape pens, electronic nicotine delivery systems (ENDS), or any type of alternative tobacco products, etc,” Boyd said in an email.

According to JUUL’s website, users must be 21 years old to purchase the product and the company has restricted buyers to only purchasing two devices and five pods per transaction.

The company also boasts that it strongly supports legislation for raising the minimum-purchasing age for tobacco products to 21 years old, including its own product.

Alabama’s vaping laws changed as of Aug.1 to provide oversight and regulation for retailers who sell vape and alternative nicotine products.

According to the new law, vape shops will now require a tobacco license and cannot promote vaping and other alternative nicotine products as healthy options to replace smoking.

Also, the law puts e-cigarettes and vape products under the Alcoholic Beverage Control Board, while restricting the sale of vaping products to anyone under 19 years old.

The law says violation of this law could result in a fine of up to $300 and 30 days in jail.

The new law also prohibits advertising of vaping products near schools or the opening of a vape shop within 1,000 feet of a school, childcare facility, church, youth center or public library, playground or park.