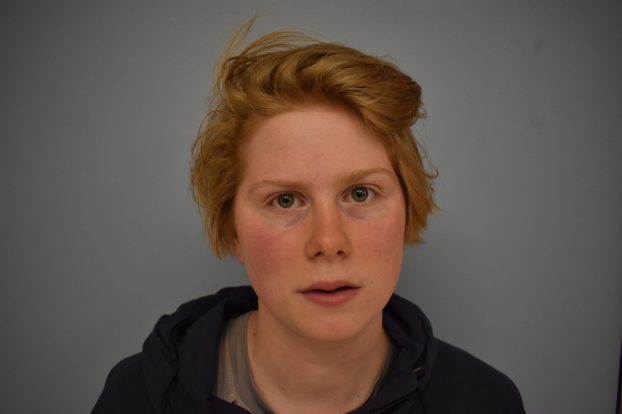 AUBURN — A 16-year-old has been charged with murder in Auburn after a 66-year-old was found dead from an apparent gunshot wound, according to Auburn Police.

Ross Jonathan McFarland has been taken into custody and transported to the Lee County Jail on a $150,000 bond.

According to Lee County Coroner Bill Harris, at about 6:54 p.m. on Thursday, Auburn Police received a 911 call of an unresponsive person in the 700 block of Burke Place.

When emergency personnel arrived, they found Martha (Marti) Jones White, 66, with no signs of life. Harris pronounced Jones dead at the scene.

Auburn Police said an investigation and analysis of the scene, developed McFarland, who lives at the Burke Place residence, as a suspect in the death. Police obtained an arrest warrant and asked the U.S. Marshals Fugitive Task Force.

Eventually, the two entities located McFarland, a truck missing from the residence and what is believed to be the murder weapon in the 10000 block of Highway 50 near Dadeville.

Harris said the incident is being investigated as a homicide and it’s unclear what transpired before the death.

Preliminary results from an autopsy by the medical examiner of the Alabama Dept. of Forensic

Sciences in Montgomery indicate Jones died from a single gunshot wound, according to Harris.  The death remains under investigation by the Lee County Coroner’s Office and the Auburn Police.

Anyone with additional information regarding this crime can contact the Auburn Police Division Detective Section at (334) 501-3140.