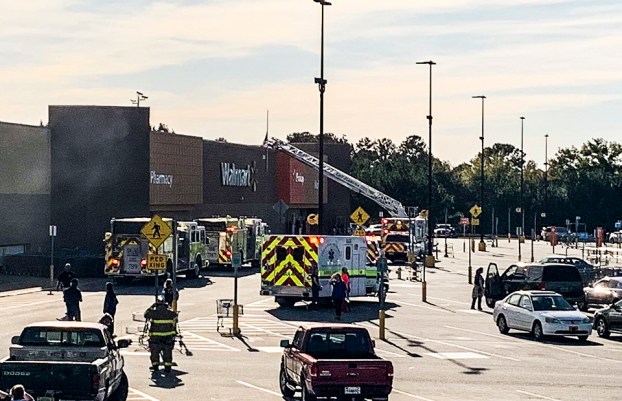 A fire was intentionally started at the Valley Walmart Tuesday evening at about 4:15 p.m., according to Valley Police Chief Tommy Weldon — Photo by Dustin Duncan.

VALLEY — An apparent intentional fire at Walmart in Valley caused the store to be evacuated Tuesday at about 4:15 p.m.

Valley Police Chief Tommy Weldon said that he wasn’t completely sure how the blaze started, but early indications were that someone set a cart full of toilet tissue on fire and it ignited other products.

At 5 p.m. Tuesday, Weldon said the police department was still waiting for the fire department to properly ventilate the building, so security footage can be watched to determine who is responsible. Police released a surveillance photo at about 8 a.m. of a suspect. A name was not released.

Weldon said one person suffered minor injuries but has since been treated and released.

East Alabama Fire Protection District was on scene at Walmart. Officers with the Valley Police Department were preventing access into the Walmart parking lot.