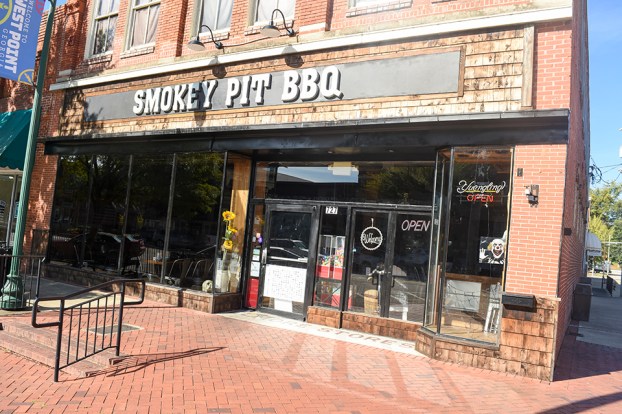 WEST POINT — Smokey Pit BBQ announced it has closed indefinitely as of Wednesday, according to a post on its social media page.

The post said the closure is due to structural issues beyond the restaurant’s control.“We are so grateful for everyone in the community who has come out and shown your support, and we hope that you will all join us at our new location in the old Happy Trails building outside of Roanoke,” the post said. “It has been a pleasure serving you all, and we are going to miss all of you so much!”

Smokey Pit Owner Jeremy Veal-Vaquez said the business doesn’t have any plans to reopen in West Point at this time.

“There are structural issues that are keeping us from safely operating at the location, and we felt it was best to close the doors,” he said. “At this time, we have no intention of reopening this location, but nothing is set in stone until we have had the opportunity to sit and speak with the owner of the building.”

Veal-Vaquez said the business was already planning to open a location in Randolph County before the closure.

“We will be expediting those plans, so that we can continue doing what we love, providing great food to the community,” he said. “We are hopeful that our customers will continue to come eat with us despite the longer drive, and we look forward to this new opportunity.”

Veal-Vaquez opened Smokey Pit in August with the help of his parents Lamar and Pam Veal.

The location at 727 W. 3rd Ave., in West Point has had struggles keeping a business open throughout the past year.

If it does not reopen, Smokey Pit would be the third business in that spot to close since January.

Before Smokey Pit, Sue’s Chic announced it was closing on social media on July 4 due to health concerns. In May, Robert Cox had moved Sue’s Chic from its Valley location in the Fairfax neighborhood, where it had operated for more than 30 years, to downtown West Point.

Before Sue’s Chic, Joe’s Tex Mex suddenly closed in January without any notice to the public after operating in the location for about a year.

The last business in that location to operate for a sustained period was Irish Bred Pub, which was in business for several years but closed in 2017.