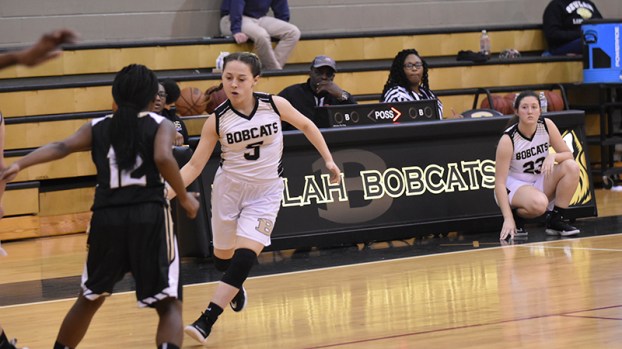 The Beulah varsity girls prepares for its second game of the season on Tuesday night. --File Photo

Coming into the season, Beulah coach Sabrina Milligan knew the 2019-20 season was going to be a challenge, as her team has some flaws.

The first problem is the team lacks height.

“I’m 5-foot-7, and the majority of my team is shorter than me. I think I have maybe two my height or taller,” Milligan said.

Like most undersized teams, the Bobcats are going to rely on the quickness of their team to make a difference. On defense, they will implement a full-court press, to try and force turnovers for quick and easy baskets.

To end possessions, they have to send all five players on the court to try and collect the defensive rebound.

“In the half court set, we move pretty well, so we play sound defense,” Milligan said.

The other glaring issue is the lack of experience on the team. Of the 12 players on the roster, only two are upper classmen: junior Estella Llorens and senior Danielle Williams.

Williams has been playing on varsity for the previous three years.

“We’re depending on her a lot really to keep the girls motivated,” Milligan said. “We’re going to be in a fight in every game we play because we’re not big. We play hard. That’s all I ask. They give us everything they got, and they leave it on the floor.”

One Bobcat to watch out for is freshman Brandy Philips. She is listed at 5-foot-7 and scored more than half of the team’s points in its 34-29 loss to Tallassee on the road in Beulah’s first game.

Milligan believes she will lead the team in scoring. Outside of Philips, the other Bobcat starters struggled to find points, as two of them failed to score.

Milligan said she has challenged some of the starters, mainly the other guards, to score at least eight points.

“You can’t score if you don’t shoot,” Milligan said.

The Bobcats travel to Loachapoka on Tuesday for their second game of the year. Tip is set for 6:45 p.m. CST.