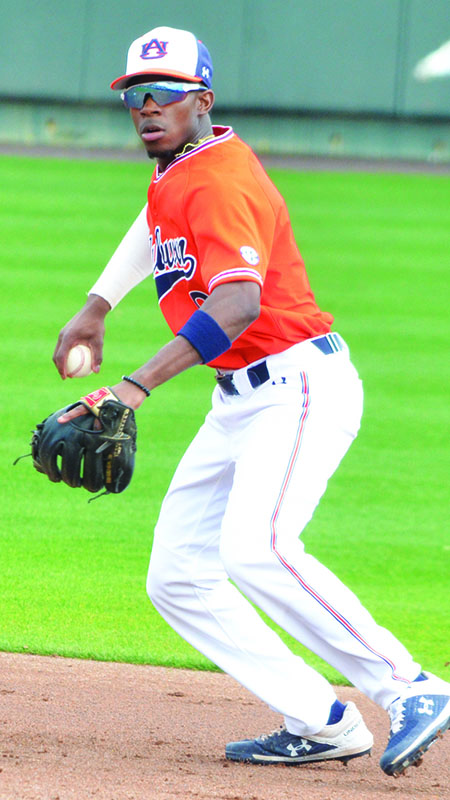 Everything was falling into place for Ryan Bliss.

Bliss, a sophomore from Troup High, was in the midst of a stellar season for the Auburn baseball team, and he and his teammates were getting ready for the start of SEC play.

Unfortunately for Bliss, a season that held such promise is over.

Auburn, and all of the other teams in the Southeastern Conference, found out on Tuesday that the remainder of the 2020 season has been canceled because of the coronavirus threat.

“We were just about to get into the meat of our season, the fun part with SEC play, and it’s tough to deal with,” Bliss said. “It’s bigger than baseball, and you have to stay healthy. It’s just tough in the meantime. You can’t play the game that you love.”

Auburn’s last game was a little more than a week ago, and it lost to Wofford 4-3.

Auburn was supposed to begin its SEC schedule last Friday against Texas A&M, but that game never happened.

For Bliss and his teammates, each day seemingly brought some new and unwelcome news concerning the season.

“Last Wednesday, we had a full game with the fans there. I remember this was when everything was starting to happen,” Bliss said. “Our administrator for baseball stopped us after the game and said hey guys, the season will continue without any fans. So, OK, the season’s still going. Then we get there on Thursday, and at the end of practice we found out the season got suspended until March 30. That’s not too bad. And the next day we get to the field at 10 a.m. and the season got pushed back to April 10. OK, well that’s still not bad, we’re still going to be playing ball. The next day on Saturday, Auburn canceled school, and they pushed us back to April 15. Every day was something different leading up to Tuesday and them cancelling the whole season.”

Auburn, despite losing its last two games, was 13-5 heading into conference play, and hopes were high that the team could duplicate what it did a year ago when it made it to the College World Series.

“I was really excited to see where this team is going,” Bliss said. “We were starting to click on all cylinders as a team. I had really good hopes for this team, and it’s over.”

Bliss, who started every game during a successful freshman season, was having a sensational sophomore campaign.

Bliss was third on the team with a .377 batting average, and he had two home runs, two triples, seven doubles, 17 RBIs and a team-leading 21 runs scored.

Bliss also had five stolen bases in seven attempts, and he had as many walks (five) as strikeouts.

Defensively, Bliss had been flawless at second base without any errors.

“This season I was hitting the ball really well, and I was having a really good season, and I was ready to take that into SEC play,” Bliss said. “It got taken away from me. I think that’s one of the toughest things for me was I was having a great season and I wanted to keep it going.”

Bliss was coming off a successful freshman season where he was the only Auburn player to start all 66 games.

After winning a four-team regional, Auburn beat North Carolina in the super regional to qualify for the College World Series.

Auburn went 0-2 in Omaha, but it was nonetheless a memorable experience for Bliss.

“Omaha was everything I expected and more. It was amazing,” Bliss said. “It’s one of the reasons you go play college ball. To make it my freshman year was surreal. I was hoping to make it back this year, so that’s on hold. Hopefully we can make it next year.”