Beulah grads participate in parade, cross stage to get… 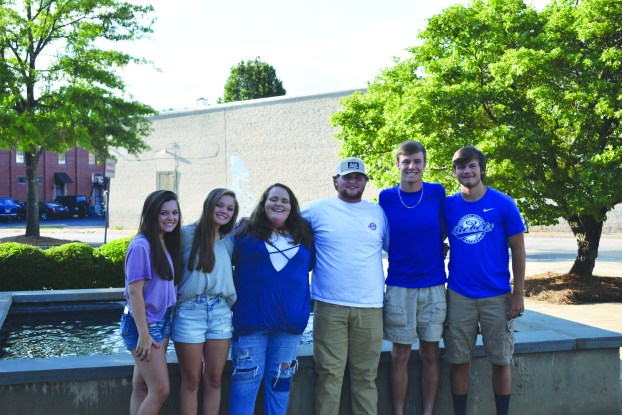 When Chambers Academy graduates its 2020 class, it will graduate 24 students. Of those 24, Lizzy and Shelly Keebler, Connor and Kinsley Gregory and Brody and Caydon Smoot will get to celebrate with their respective brother or sister in Torbert Field, as three sets of twins graduate.

“Being from public school, there wasn’t this many sets of twins,” Caydon said. “It’s crazy too because there are two boys, two girls and a boy and a girl. It’s pretty cool.”

Alongside the sets having the same number of boys and girls, three of the twins are left-handed and three are right-handed.

Both the Keeblers and the Gregorys started their education at Chambers Academy but transferred out. The Keebler sisters went to Wadley, while the Gregorys went to Hughley Elementary. They both returned in seventh grade. Even though they were apart for several years, the families were close.

There are pictures of the sets playing with each other when they were as young as eight months old.

“We literally grew up together,” Kinsley said.

The Smoots transferred to Chambers from the Troup County School System before the start of high school. Ever since then, they’ve been together.

“Since we’ve been back, I couldn’t see myself anywhere else,” Kinsley said. “I felt that I was meant to come back at Chambers.”

Just like every sibling, the twins argued from time-to-time, and with the class sizes at Chambers being so small, it was inevitable that it would cross into the classroom. Whenever that happened, the other twins were able to get the class through the situation, whenever it would arise.

In that regard, they were always able to practice against each other, which made them better at the sports they played and allowed them to compete against one another.

“We competed at everything: checkers, baseball, football soccer, I mean anything,” Caydon said.

The three boys built a bond on the football field that was a little more special because they shared the common trait of being a twin. Connor was able to relate to the Smoots in a way that few other players could.

“I’m going to miss these two,” Connor said. “I’m glad that they came in the ninth grade because we became brothers. I loved every single moment of it.”

Alongside playing sports, they have all been involved in various clubs.

Four of the six twins will be splitting up once they graduate. Lizzie will attend Auburn in pursuit of her elementary education degree, while Shelly will attend Alabama and will pursue a marketing degree. Caydon will attend Southern Union to play baseball, while Brody is still deciding where he will play football in the fall.

Kinsley and Connor will also attend Southern Union. Kinsley will pursue nursing while Connor will go for a degree in Industrial Electricity.