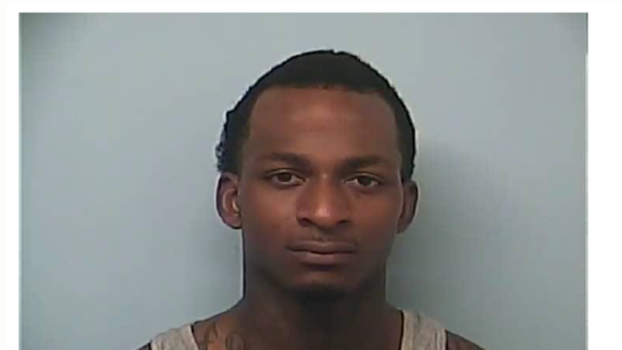 The LaGrange Police Department believes a man who left a gun within reach of small children — which resulted in the shooting of a four-year-old girl — may be in the Lanett area.

Leemarkese Deangelo Melson, 28, is facing active arrest warrants for cruelty to a child in the second degree, possession of a firearm by a convicted felon and tampering with evidence. Additionally, Melson was already wanted for two counts of violation of probation and one count of failure to appear.

Police have been searching for Melson since May 18 after an incident on Kelly Street in LaGrange resulted in a young girl being shot in the face.

Authorities said the victim’s 6-year-old sibling located a gun that was allegedly Melsons and was playing it, causing it to discharge and strike the 4-year-old in the face.

After the shooting, Melson allegedly fled the scene, taking the weapon with him.

LaGrange Police Lt. Dale Strickland said police have received information that Melson may have fled the state to Lanett or the surrounding area.

According to Strickland, Melson was the brother of the person babysitting the children. The mother of the two children was working at the time of the incident.

After the shooting took place, the babysitter attempted to take the child to the hospital and called 911. Authorities told the babysitter to pull off the road at a nearby gas station where emergency services could respond. From there, the child was transported from Columbus and then to a hospital in Atlanta.

Anyone with information regarding Melson’s whereabouts is asked to contact the LaGrange Police Department, Troup County 911, or Troup County Crimestoppers at (706) 812-1000.