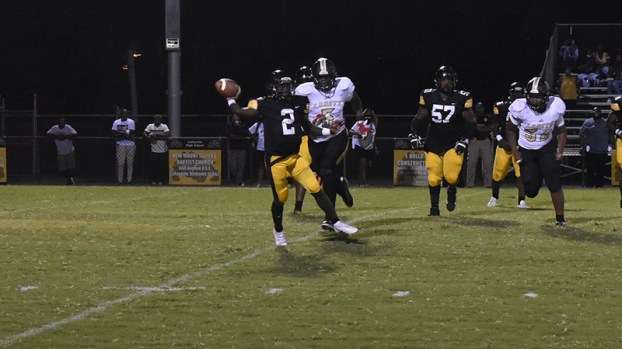 LaFayette looks for its first win of season vs Dadeville

The LaFayette Bulldogs are still searching for their first win of the season and under head coach Juan Williams, as they sit 0-3 as Alabama high school football enters week six of the season.

In their first three games, the Bulldogs have played well against an extremely tough 2A schedule. Two of the three opponents they’ve faced are ranked in the top four, including facing the No. 1 team in 2A in week one. Their other loss was against BB Comer, who is 3-1 this year, with its only loss coming against Lanett.

In two of the three losses, the Bulldogs have led late in the third quarter, but they couldn’t get over the hump and fell down the stretch

In the Bulldogs’ last game, they lost to Lanett 26-0. After that game, Williams said his team needed to learn how to block.

“We’ve been at it. We’ve sat down and just went one-on-one with guys, trying to let them understand the significance of blocking,” Williams said. “A lot of times, a kid hits someone and thinks that is good enough. When you watch film, they [the players] figure out you can’t run anything if you’re not blocking. That’s our Achilles heel right now.”

The Bulldogs are hoping to win on Friday for two reasons: to claim their first win of the season and because it’s homecoming.

“It would be great for this community and our players,” Williams said. “They’ve been working hard. It’s going to click for us. It’s been hard. It’s been hard for everyone. We’re going to go out and compete and let the chips fall where they may.”

LaFayette will host the Dadeville Tigers for their first non-region matchup of the season. The Tigers, who are led by Roger McDonald, are 2-2 this season with wins against Elmore County and Childersburg.

“They have physical kids that can get after you,” Williams said. “They have a good little running back. Their line comes off the ball and gets into attack mode. It’s going to be a game. Our guys need to hunker down now and get ready to play football.”

The Tigers have been outscored 62-116 this season, which is a good sign for a LaFayette offense that is still looking for consistency.

Defensively, the Tigers play perfectly into the Bulldogs defense, which keys in on stopping the run.

“Our defensive guys have a gameplan to slow them down,” Williams said. “We’ve got to continue to slow them down. We have to be able to get off the field. Sometimes some of our kids just make some key mistakes, but all in all, we feel good about our plan on both sides. We just have to execute.”

The Bulldogs will host their second game of the season, with kickoff scheduled for 7 p.m. CT.