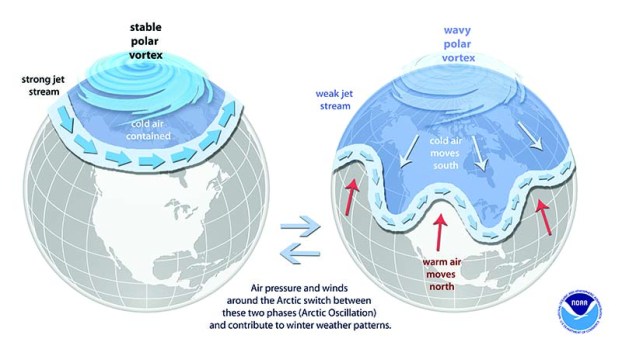 There has been some talk recently about the potential for a polar vortex to hit the United States in the coming weeks, but that isn’t expected to translate into snow any time soon for the Greater Valley Area.

According to the National Oceanic and Atmospheric Administration (NOAA), a polar vortex is a large area of low pressure and cold air surrounding the Earth’s North and South poles. The air flows counterclockwise flow of air, which helps keep the colder air close to the poles and occasionally will break away and move southward.

What does that mean for the Chambers County area? Not much in the way of snow, but there could be lower temperatures according to Meteorologist Jason Holmes with the National Weather Service in Birmingham.

One of the most notable polar vortex events occurred on Jan. 19, 1977, where snow was seen as far south as the Bahamas. “This event, we stayed dry the whole time, we had crystal clear blue skies and persistent northwest winds all day, we had a low of negative six in Birmingham, and the high was 12 degrees,” Holmes said. “That shows you that the arctic air, even though it moderates a bit as it goes further south, it’s still very, very cold, Holmes said.

While the 2021 Polar Vortex may not yield any wintry precipitation, Holmes said we still have time.

“February seems to be more of a better month for winter weather. We’ve only had a few flurries here [Birmingham], so that’s been exciting for the kids,” Holmes said.

The low temperature in the Greater Valley Area will hover around freezing on Saturday, Sunday and Monday.