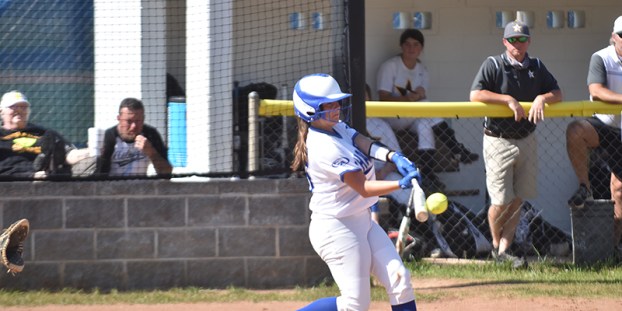 The Chambers Academy softball team is moving on to the second round of the AISA 2A playoffs with a sweep against Autauga. The Rebels won the first game 10-0 in four innings while claiming the second game 10-2 in five innings.

Chambers dominated the first game with its explosive offense and a great effort in the circle by junior Chloe Mitcham.

After a groundout, junior Bailey Allen lined a pitch to deep left field for a triple. She scored moments later as Mitcham doubled to left field. An error brought Mitcham home for the game’s second run.

The Rebels did most of their damage in the third inning.

Chambers finished off Autagua in the fourth inning. With runners on second and third, junior Lindsay Fuller tripled driving two runs. She scored on a wild pitch to walk the Generals off in the bottom of the fourth.

Just as they did in the first game, the Rebels took the lead in the bottom of the first inning, scoring two runs in the inning.

Chambers started the inning with a single followed by a stole base, putting a runner in scoring position for Allen, who doubled for the game’s first run. Foster, who started the second game, singled in Allen for the second run.

Autauga threatened in the top of the second inning, as it put its two leadoff hitters on with a pair of singles. Foster barred down striking out the next General before Allen made a leaping grab to snag a line drive before it got over the infield. After the catch, Allen flipped the ball to second for an inning-ending double play.

Autauga scored its only two runs of the day in the third inning.

The Generals led off the inning with a single, followed by a wild pitch to put a runner in scoring position. An error led to a run. The next batter reached on a fielder’s choice but reached third with a wild pitch and a stolen base. A single scored the game-tying run.

Chambers answered with a five-run bottom of the second.

With the series win, Chambers will travel to Edgewood for the second round of playoffs, starting on Thursday.