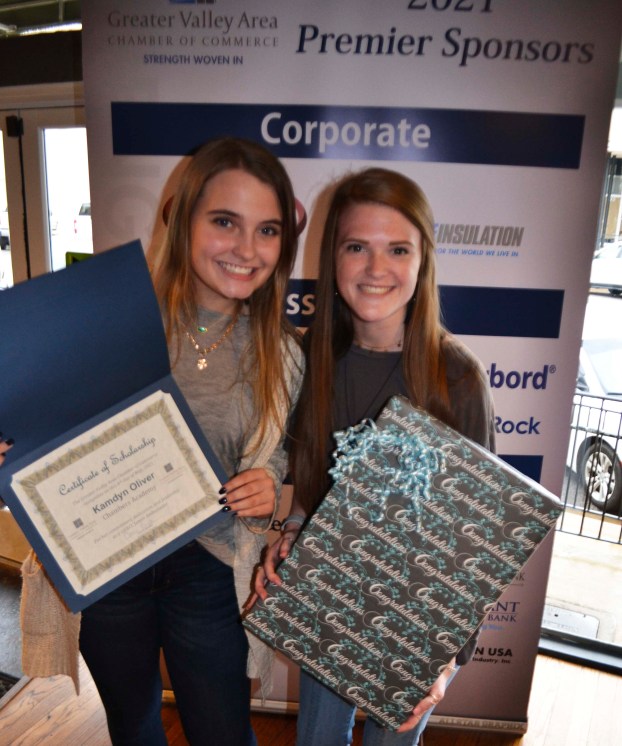 WEST POINT — Chambers Academy senior Kamdyn Oliver is the recipient of a $2,000 scholarship and CA junior Kaylyn Keebler has been named the Junior Ambassador of the Year. The announcements were made Tuesday afternoon at Pokey’s in downtown West Point. A large gathering was on hand for the annual Junior Ambassador awards dinner.

Oliver will be attending Auburn University next year.

The Ambassador of the Year selection is based on points accumulated through the year by attending meetings and putting in service hours. Keebler had a total of 4,100 points and had a total of 17 service hours. She received a new laptop computer as a reward purchased by 4 Seasons Heating & Air.

A total of 25 local high school students took part in this year’s Junior Ambassador Program, which is sponsored by the Greater Valley Area Chamber of Commerce.