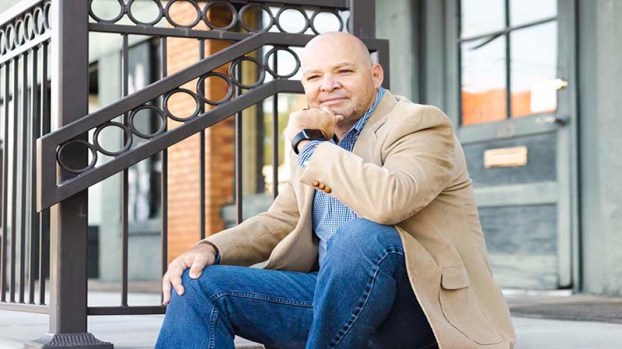 In 2016 when iHeartRadio relocated WCJM from West Point to Opelika, Joseph “Gator Kincaid” Williams decided to take his talents to Facebook. Armed with a tripod and a phone, Williams began going out to area events, civic club and government meetings and breaking news throughout the Chambers County community. Williams live streamed them via Facebook Live birthing what is now known as Gator Media.

While that has turned into a lucrative venture, Williams never lost sight of having a local radio station.

“We just decided to open up Facebook and you know, see what we could do up here with that,” Williams said. “But, always thought in the back of my mind, it would be cool to get the local station back.”

It was during the funeral services of Charles Story where Williams said the idea of starting an internet-based radio station was born.

“So, anyways, I go to Charles Story’s funeral in February, and I look around, I thought, what if we did an internet station and got a little office?” Williams said.

The first conversation he had was with Ronnie “Spanky” Sanders and Paul Story from the Gospel Review, which was a Sunday staple at WCJM. He wanted to find out if there was any interest in bringing the program back to life.

He was met with a resounding yes from both and that set the wheels in motion. From there, Williams says he did not want the station to simply be a jukebox in the way most internet-based stations currently are.

So, Williams went out and secured a few other personalities to fill various time slots throughout the weekdays and partnered with internet radio’s leading provider, Live365, to create Gator Radio.

The station can be found at Gator-Radio.com and can be played on any internet-ready device as well as cast in bluetooth-equipped vehicles.

Williams approached several people with local ties to voice track some of the programming that will be heard throughout the weekdays.

‘Get up with the program’ with Gator and Dr. Dave will kickoff the mornings from 6 a.m. to 10 a.m. followed by Hillary Mills in the midday from 10 a.m. to 3 p.m., Ed Bostick follows in the afternoon from 3 p.m. to 7 p.m., and Amanda Tedescucci in the evenings from 7 p.m. to 11 p.m. News can be heard at the top of each hour. You can catch the Southern Gospel Review on Sunday mornings from 7 a.m. to 11 a.m. hosted by Spanky and Paul Story.

“Other communities have not done it like this, I know of internet stations, But I don’t know that it’s internet/community station, which is kind of what I wanted to do,” Williams said. “So, at the end of the day it’s like we want to create this for you, and everybody that even used to live here but didn’t live here, they can know what’s going on in their community. Terrestrial radio stations can only pick up as long as that tower picks up.”

Williams says the value of having local content that can be consumed in the office, in the home and in the car is invaluable.

“Is it worth hearing about what’s going on in your local [community]?” he asked.